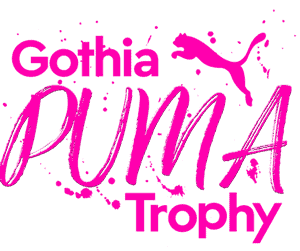 Each year, MTA teams travel to Gothenburg, Sweden to compete in Gothia Cup, the world’s largest and most international youth soccer tournament. How large? In 2019 1,686 teams, from 76 nations played 4,324 matches! Gothia Cup was started in 1975 and has only been canceled once – in 2020 – due to Covid-19.

MTA has had great success competing at the international level with a Group stage record of 14-0-1 and a Playoff record of 6-2-2 with two games being lost in shutouts. MTA’s 04G NPL team will compete in Gothia Cup in 2021, coached by Tobbe Thorsell.

The teams fly from the MSP airport to Sweden, and usually have a stopover in Iceland on the way there or back in order to visit the Blue Lagoon.

Once in Sweden, teams are allowed time to train, relax and, weather permitting, enjoy some beach time. . and of course, compete in the tournament. The opening ceremony of the tournament is a 2-hour long show with music, dancing, fireworks, and a presentation of all participating nations in Ullevi Stadium.

Women’s soccer is booming, and so is Thunder Academy’s U17 team

MTA’s Juniors Camp is designed to introduce players to the core training & tactical activities that coaches implement with the MTA Elite Academy.  The experience emphasizes the values and philosophy of the MTA program.

MTA  Camp is designed to introduce players to the core training and tactical activities that coaches implement with MTA’s ECNL programs and the MTA Elite Academy. The experience emphasizes the values and philosophy of the MTA program so the players have an understanding of what evaluation criteria are used during the tryout process.

MTA’s Girls College Soccer ID Camp, open to all, is hosted by MTA and is designed to introduce players to some of the top coaches in the midwest while competing with other top girls from Minnesota.

MTA School Holiday Camps are held on days when school is not in session. Martin Luther King Jr Day in January, Presidents Day in February, Thanksgiving weekend, Winter break, etc are all times when camps may be held. Holiday Camp dates will change annually.