Goalkeepers are often the overlooked individual in the team. Minnesota Thunder Academy has put a goalkeeping program in place to produce our vision of the complete goalkeeper. Goalkeeping is a crucial and privileged playing position. Our objective is to provide the foundation goalkeepers need to improve their technical skills to succeed. We expect our goalkeepers to serve as our team’s last line of defense and first line of offense. 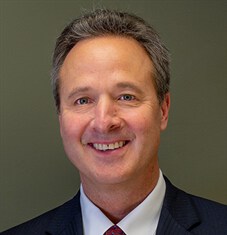 Terry Leiendecker is a former goalkeeper for Minnesota Thunder men’s professional soccer team, and for MN Strikers professional team. He played for Team USA at the World University Games in Kobe, Japan. Terry was a boys high school Varsity soccer coach at Chaska H.S. and St Louis Park H.S. (15 years). He played college as a 4-year started and captain at St. John’s University, and was a McDonald’s NSCAA All-American. Terry holds NCAA and MIAC Goalkeeping records.

Terry holds a USSF B License and NSCAA Goalkeeping (Level 1, 2,3).