Minnesota Thunder Academy boys and girls teams play in the Twin Cities Soccer Leagues’ Minnesota National Premier Leagues (NPL). The Minnesota NPL represents the highest level of the TCSL pyramid for both boys and girls ages 13U through 19U. 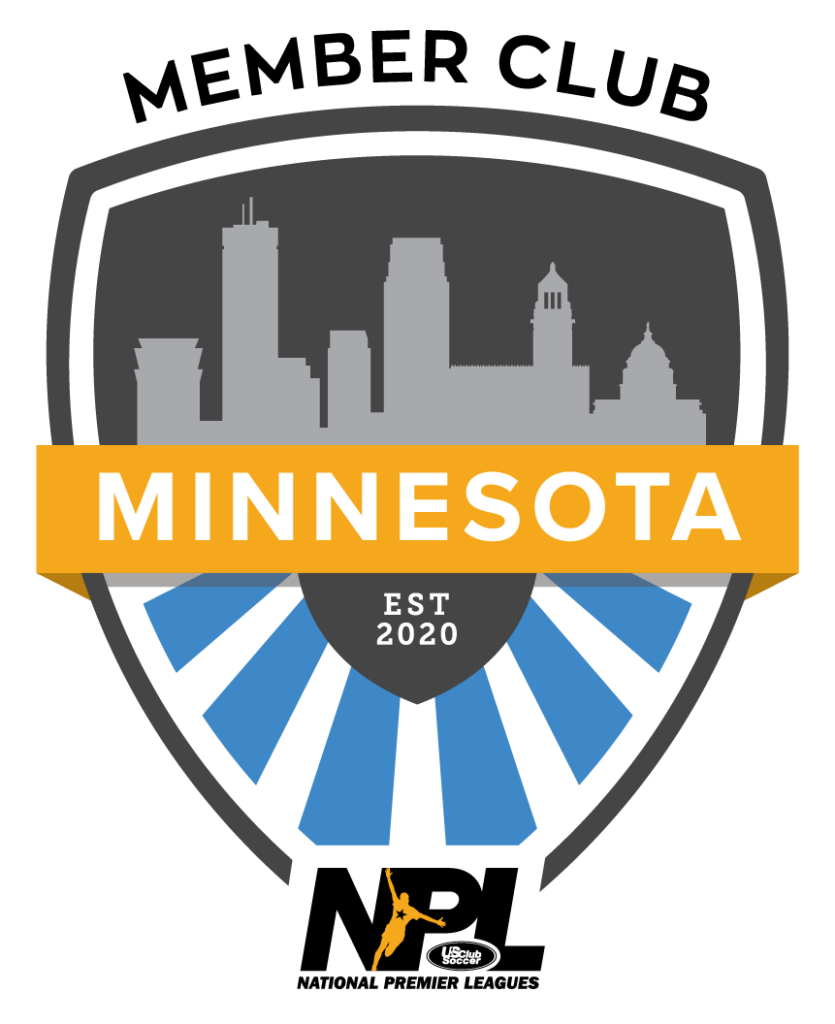 The program is for players who take their soccer seriously and would like to achieve a higher level of competition. MTA believes that top players develop best when surrounded by other talented players and under the guidance of highly qualified coaches. All of MTA’s NPL teams train year-round and compete against top regional and national opponents. MTA focuses on the technical, tactical, physical, and psychological development of Minnesota’s top U13 to U19 players. No Minnesota club has been more successful at developing elite players and teams than MTA, and many of our NPL players will go on to play college soccer.

Tryouts for the Minnesota NPL teams typically occur in the last week of July / first week of August. For more details regarding Tryouts, please visit our Tryouts page HERE.

Minnesota NPL teams have a robust league season, with Regional and National Qualifiers. Travel to several out of state events is expected.

A primary goal of the NPL league is to promote college recruiting. Minnesota NPL age groups U16-U19 have online scouting profiles with TCSL’s college recruitment partner, ScoutingZone. ScoutingZone is a cutting-edge mobile app that streamlines the recruiting process for scouts on-site at events. Team and player profiles are available for scouts in attendance. Scouts can search players, teams, & customize a schedule prior to the TCSL NPL College Showcase event and use it on-site from any mobile device.

Minnesota Thunder Academy also has extensive relationships with college coaches, and assistance for players looking to play soccer in college. MTA hosts a college recruiting seminar each year, and hosts annual College Showcase tournaments for both boys and girls teams.

MTA ECNL-NPL Camp is designed to introduce players to the core training and tactical activities that coaches implement with the MTA ECNL and Minnesota-NPL teams. The experience emphasizes the values and philosophy of the MTA program so the players have an understanding of what evaluation criteria are used during the tryout process.

Learn more about the ECNL-NPL Camp >>

No school? Have some fun and improve your soccer skills on Martin Luther King Jr Day!
Open to all players, regardless of club affiliation (non-MTA & MTA).

Learn more about the School’s Out Skills Camp >>

MTA’s Juniors Camp is designed to introduce players to the core training & tactical activities that coaches implement within MTA Juniors Academy. The experience emphasizes the values and philosophy of the MTA program, and is open to all players, regardless of club affiliation (non-MTA & MTA).

Take your game to the next level!  Minnesota Thunder Academy’s ThunderFoot Training Sessions offer professional training for all players at all skill levels in a fun but challenging age-appropriate environment. Open to all players, regardless of club affiliation (non-MTA & MTA).